Blog How Many Scorpions Do I Have?

How Many Scorpions Do I Have? 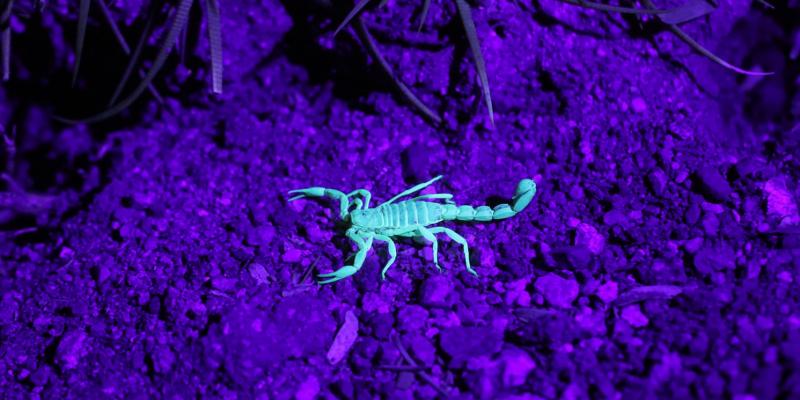 In Arizona scorpions are one of the main pests that professional pest control companies deal with on a routine basis. Scorpions are native to the hot arid desert environment provided by areas in and around the Phoenix, Scottsdale, Chandler, Peoria, and Cave Creek cities, especially where there are homes built right up to the surrounding foothills.

Scorpions Have a lot of Babies

Scorpions give birth to 25 to 35 baby scorpions. The young will remain on her back until the first molt between one and three weeks after birth. The average scorpion can live 3 to 5 years, however, some species are known to live up to 25 years. Despite their bad reputation, only one species in the western USA, the bark scorpion (centruroides exilacauda) and about 25 other species worldwide have enough venom potent enough to be considered dangerous to humans.

They Can Cause You Pain

The venom of the bark scorpion may produce severe pain (but rarely swelling) at the site of the sting, numbness, frothing at the mouth, difficulties in breathing (including respiratory paralysis), muscle twitching, and convulsions. Death is rare, especially in more recent times, and today there is Antivenin for severe cases. Some people, however, may be allergic to the venom, and those are the individuals that can experience life-threatening de effects when stung. If you know you react severely to bee stings, or ant stings, you might also react to a bark scorpion sting.

Homeowners are not encouraged to take care of severe scorpion issues on their own as scorpions are difficult to control with insecticides alone. A homeowner can really help themselves by sealing all cracks and crevices, utility pipe penetrations, or unwanted openings including any gaps between the concrete and metal stucco weep screed at the base of the home, removing all places scorpions would live, such as: trash, logs, boards, stones, bricks and other objects from around the house.

Maintain the grass by keeping grass closely mowed near the home, prune bushes and overhanging tree branches away from the structure, and minimize low growing ground cover vegetation. Use storage containers that have a frame that will keep the containers off the ground. Avoid bringing firewood inside your home unless it is to be used directly on the fire.

Of course, a professional scorpion control service to keep away the invader is highly recommended as regular ongoing pest control service will maintain a pest free environment. Scorpions are less likely to stay if there are no insects for a food source.

If you are experiencing a scorpion infestation at your home or property, Invader Pest Management would love to help you solve the problem. Make an appointment for a scorpion inspection today.