Blog Is There A Season For Scorpions?

Is There A Season For Scorpions? 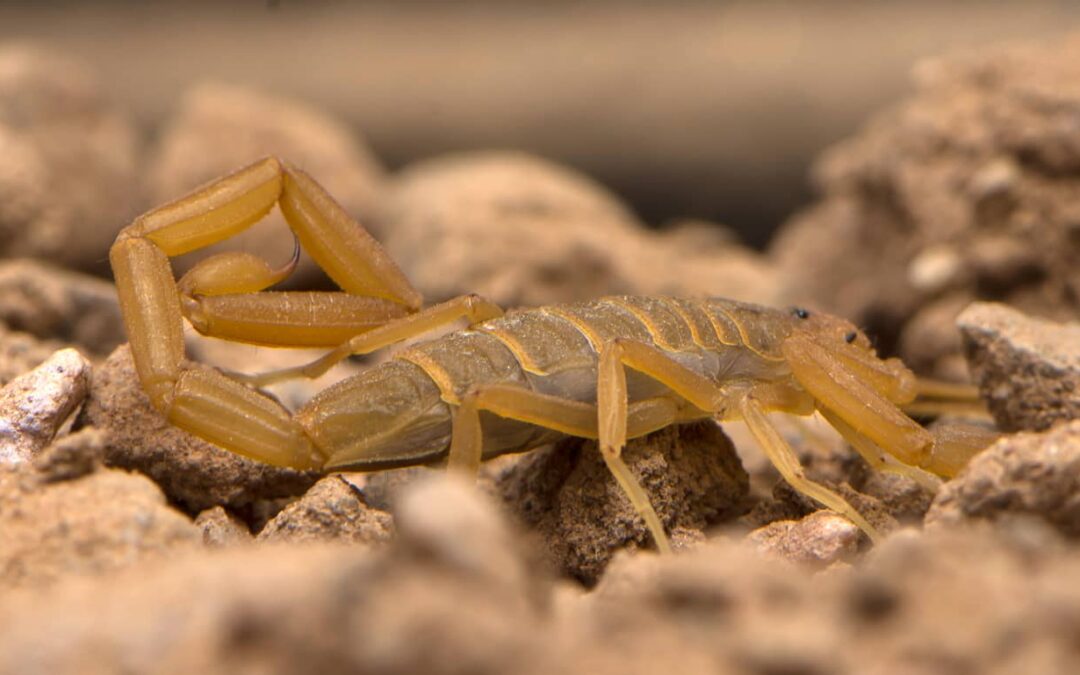 I am frequently asked if there is a season for scorpions. I assume that because people are asking me this question, they are seeing more scorpions than normal, but the funny thing is there really is no, “season” for scorpions, per se.

I will say that there are times of activity that are greater, mating season is normally July and August in the desert areas around Phoenix, or “Monsoon” season basically, with a gestation period of approximately one year. Depending upon the species of scorpion and the length or size of the scorpion they can have 1 to 105 offspring in their litter size, or an average of 22 – 26 babies. The juveniles will go through their first molting in 7 to 10 days, and between 11 and 15 days, they will begin to disperse from the mother’s back.

Based on our calls for scorpions, the two busiest time of the year for scorpions is the beginning of summer and end of fall. A better description might be based on average nighttime temperatures when the temperature remains at 76° or better at night time, the scorpions remain active and continue their hunting against insect prey. As the temperatures dip in the fall, then we get more calls of scorpions invading the inside of homes and businesses.

In the spring and toward summer as our temperatures rise again, any scorpions that have overwintered inside the home or structure begin to become active and look for food. Again, we get lots of calls to come and take care of their scorpion infestations inside their buildings and homes during the springtime and early summer, and of course, nighttime time temperatures haven’t leveled out the scorpions tend to be more noticeable as they hunt in the day and come back in for warmth.​

The Effect of “Monsoon Season”

Two other reasons scorpions seem more prevalent in summer time are “monsoon season” and homes that don’t maintain a regular pest control service. During our monsoon season, we tend to get heavy moments of rain, sometimes flash floods, and all this excessive rain will wash scorpions from their hiding spots in holes and cracks and crevices and so stir the activity and movement of scorpions when flooded.

Also, please keep in mind that scorpions are native to our desert region with over 54 of the known 80 species in the United States, residing right here in Arizona. Scorpions eat insects, small bugs and sometimes even the occasional rodent and lizard, and where there is food, the chances for scorpions are much higher.

Generally, those people who maintain a pest control service year round, have fewer scorpion issues than those who don’t, and simply because they are reducing the food source of the scorpions by keeping pest populations to a minimum.

Scorpions can be scary and feel impossible to keep out of your home. But, they don’t need to hold you hostage in your own home! We’ll help you diagnose the problem and figure out a solution that works for you and your family.