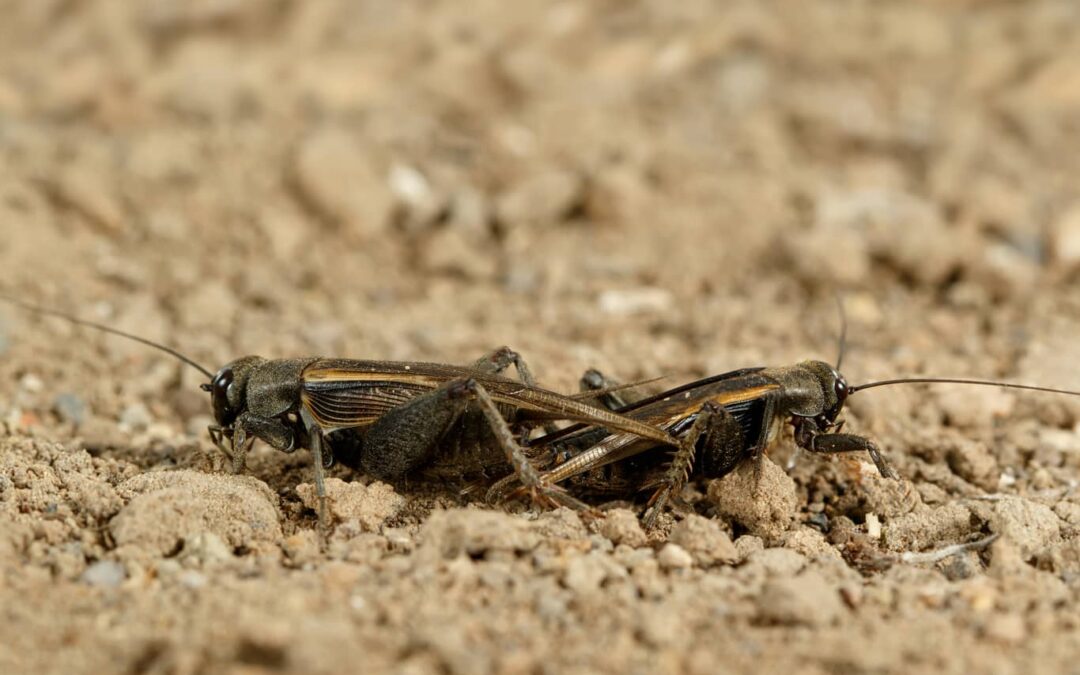 If you aren’t a native of Phoenix, pest control issues here might startle you a little bit. Take the desert crickets for example. If you’re accustomed to a tiny, black insect with a small, sweet chirp then the Jerusalem cricket will come as something of a surprise when you first see it.

For starters, the Jerusalem cricket isn’t black. It’s yellow to brown shade is better suited to sandy soils and desert heat. It has no wings so it hops and it doesn’t sing or chirp. It makes a sound more like hissing or scratching. But those aren’t the most notable or surprising differences.

The Jerusalem cricket is big. In terms of ordinary crickets, it’s a giant. They are about 50 mm (that’s 2 inches) in length. It has a big head with a small face and beady black eyes. If you’ve never seen one before, you’ll probably jump just a little on first meeting. In addition to the Jerusalem cricket, we are blessed with the field cricket and house cricket too, and they tend to get inside structures even more readily.

Since they eat tubers, roots, and other insects, you’ll usually meet them outdoors. You might hear them first; they’re pretty loud. Most active at night, they hide under rocks and plants during the day. When it’s hot and dry, they might try to migrate indoors where it’s dark, cool and comfortable.

They aren’t especially harmful. They don’t bite or sting and they do help get rid of other bugs. Jerusalem crickets usually won’t infest or even reproduce indoors. They aren’t destructive. But you still won’t want them inside your house. If you want to prevent these desert crickets from coming indoors, start your pest control measures outside.

Start by replacing worn or damaged weather stripping around doors and windows. If you can see light around the frame, it’s too far gone to keep any insects out! Cut off their safe places by removing rocks and woodpiles where they like to hide. Set your sprinkler system to water in the early morning so the lawn stays dry during the day. You might even need to make a “dry zone” border by pulling the mulch back a few inches from the foundation.

Occasionally, when the weather is hard on them, you could see a large number of house or field crickets invade your home at one time. If this happens, you’ll probably need some professional help. Your Phoenix exterminator can help you treat the problem and silence the noise of these unusual crickets.